STRATEM Associates is a consulting and training firm formed in 2001. We are an independent and comprehensive network of well seasoned consultants, with varied backgrounds and expertise. We share a philosophy that is based on the engagement of the people within the organization, in developing and implementing solutions to today’s business and organizational challenges.

Our processes are highly interactive, participatory and empowering.

We Help Organizations to:

When we first met them, the founders of Best Friends Animal Society based in Kanab, Utah were struggling with how to manage their phenomenal growth and transition to a new generation of leadership. Best Friends had begun in 1984 when a group of 18 dedicated “founders” purchased land in southern Utah to build an animal sanctuary and carry out their mission of creating a better world through kindness to animals. By 2004 their “No More Homeless Pets” movement had changed the world of animal welfare and Best Friends had frown to be a 300-person organization with a quarter-million members. The founders knew they needed help to create an effective organizational structure suited to the unique culture of Best Friends as well as a vision of the future to carry on the mission when they were gone. END_OF_DOCUMENT_TOKEN_TO_BE_REPLACED 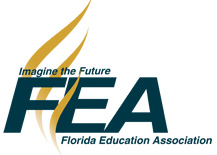 How do you bridge a 30-year chasm of conflict between two competing organizations that merged in order to survive? In 2000, two Florida education unions affiliated with rival national unions (American Federation of Teachers and National Education Association) agreed to merge. The new merged organization represented more than 250,000 teachers and education staff professionals in Florida’s 67 school districts and over 100 union locals. The hope was that, as a single entity, FEA could represent its members and the children of Florida better. A six year transition agreement was established. Four years after the official merger, the integration process was not working. The promise and opportunities of the new organization were not being realized. END_OF_DOCUMENT_TOKEN_TO_BE_REPLACED

The Adams Confectionary plant in Rockford, Illinois faced multiple challenges. The plant’s world-wide division had recently been acquired in a hostile takeover. The competition was coming at its products “with all guns blazing”. Half of the 600 highly skilled workers would be retiring in the next five years. The plant manager knew that the plant needed to transition to higher levels of quality and productivity or see its products moved to sister plants in Canada and Mexico. He asked Dannemiller Tyson to help him engage his leadership team and then the entire plant to create and commit to an action plan for the future. END_OF_DOCUMENT_TOKEN_TO_BE_REPLACED